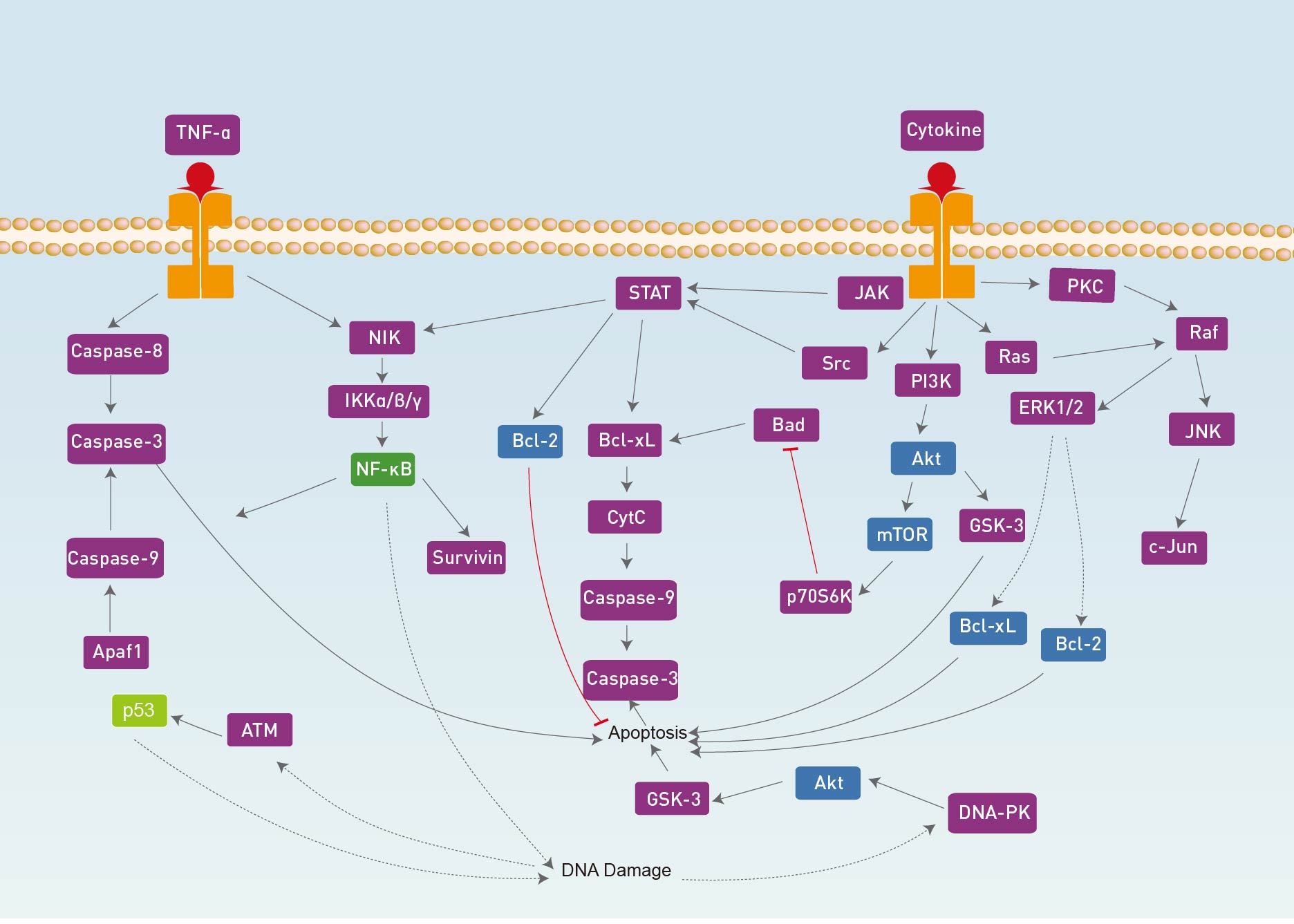 Apoptosis is the process of programmed cell death (PCD) that may occur in multicellular organisms. Apoptosis also occurs as a defense mechanism such as in immune reactions or when cells are damaged by disease or noxious agents. These changes include blebbing, cell shrinkage, nuclear fragmentation, chromatin condensation, and chromosomal DNA fragmentation. Apoptosis is controlled by many genes and involves two fundamental pathways: the extrinsic pathway, which transmits death signals by the death receptor (DR), and the intrinsic or mitochondrial pathway. The extrinsic apoptotic pathway is activated by the binding of the death ligand to DRs, including FasL, TNF-α, and TRAIL, on the plasma membrane. The DR, adaptor protein (FADD), and associated apoptosis signaling molecule (caspase-8) form the death-inducing signaling complex (DISC), thus leading to the activation of the effector caspase cascade (caspase-3, -6, and -7). The mitochondria-mediated intrinsic apoptosis pathway is regulated by Bcl-2 family proteins, including proapoptotic (Bid, Bax, Bak) and antiapoptotic proteins (Bcl-2, Bcl-xL).