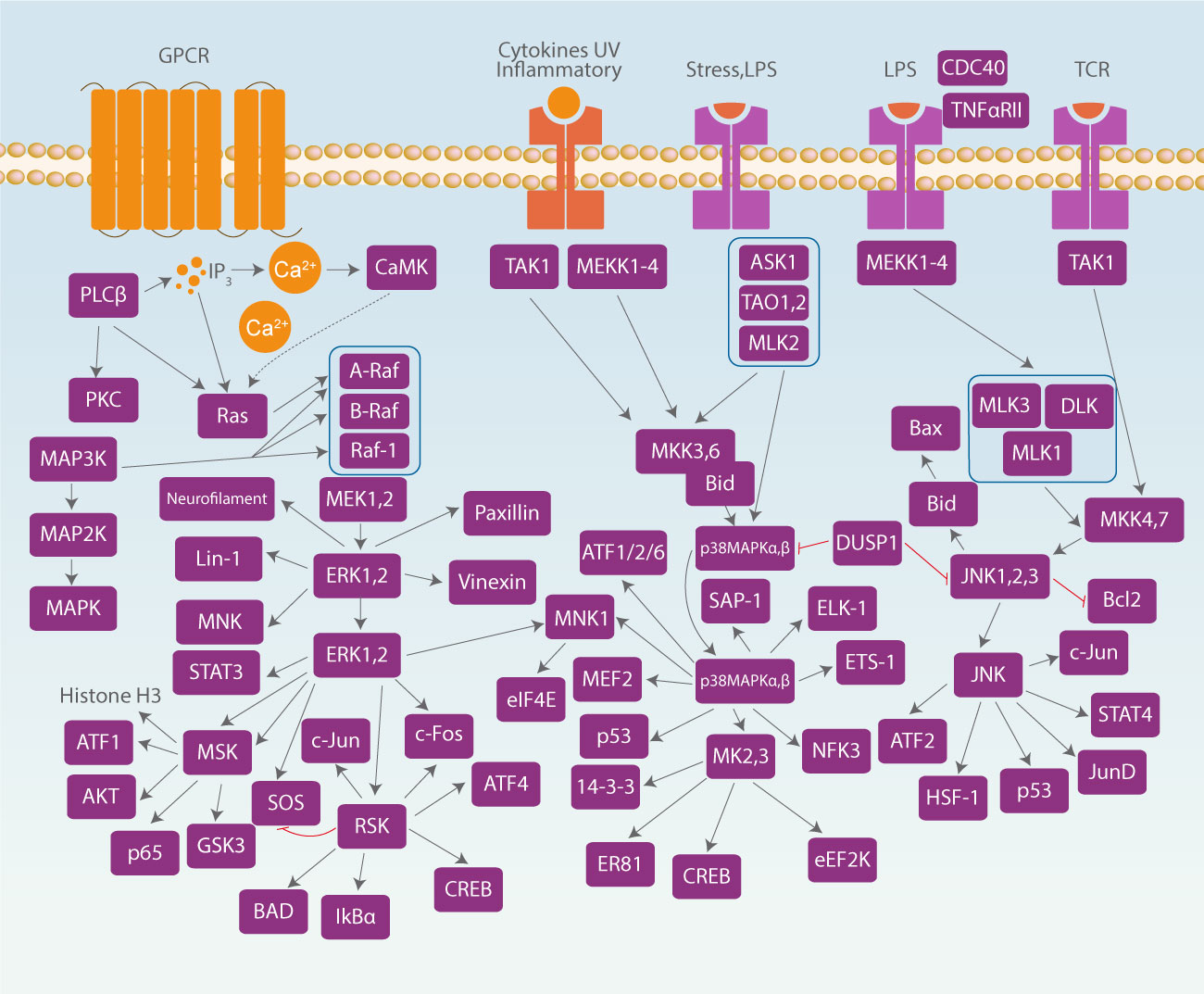 MAPK are protein kinases that are specific to the amino acids, serine, threonine, and tyrosine. MAPK families play an important role in complex cellular programs like proliferation, differentiation, development, transformation, and apoptosis. In mammalian cells, three MAPK families have been clearly characterized: namely classical MAPK (ERK), C-Jun N-terminal kinse/ stress-activated protein kinase (JNK/SAPK) and p38 kinase. Each MAPK-related cascade consists of no fewer than three enzymes that are activated in series: a MAPK kinase kinase (MAPKKK), a MAPK kinase (MAPKK) and a MAP kinase (MAPK). The MAPK pathways are activated by diverse extracellular and intracellular stimuli including peptide growth factors, cytokines, hormones, and various cellular stressors. In the ERK signaling pathway, ERK1/2 is activated by MEK1/2, which is activated by Raf. Raf is activated by the Ras GTPase, whose activation is induced by RTKs such as the epidermal growth factor receptor. The JNK and p38 MAPK signaling pathways are activated by various types of cellular stress. The JNK pathway consists of JNK, a MAP2K such as MKK4 (SEK1) or MKK7, and a MAP3K such as ASK1, TAK1, MEKK1, or MLK3. In the p38 pathway, p38 is activated by MKK3 or MKK6, and these MAP2Ks are activated by the same MAP3Ks that function in the JNK pathway.