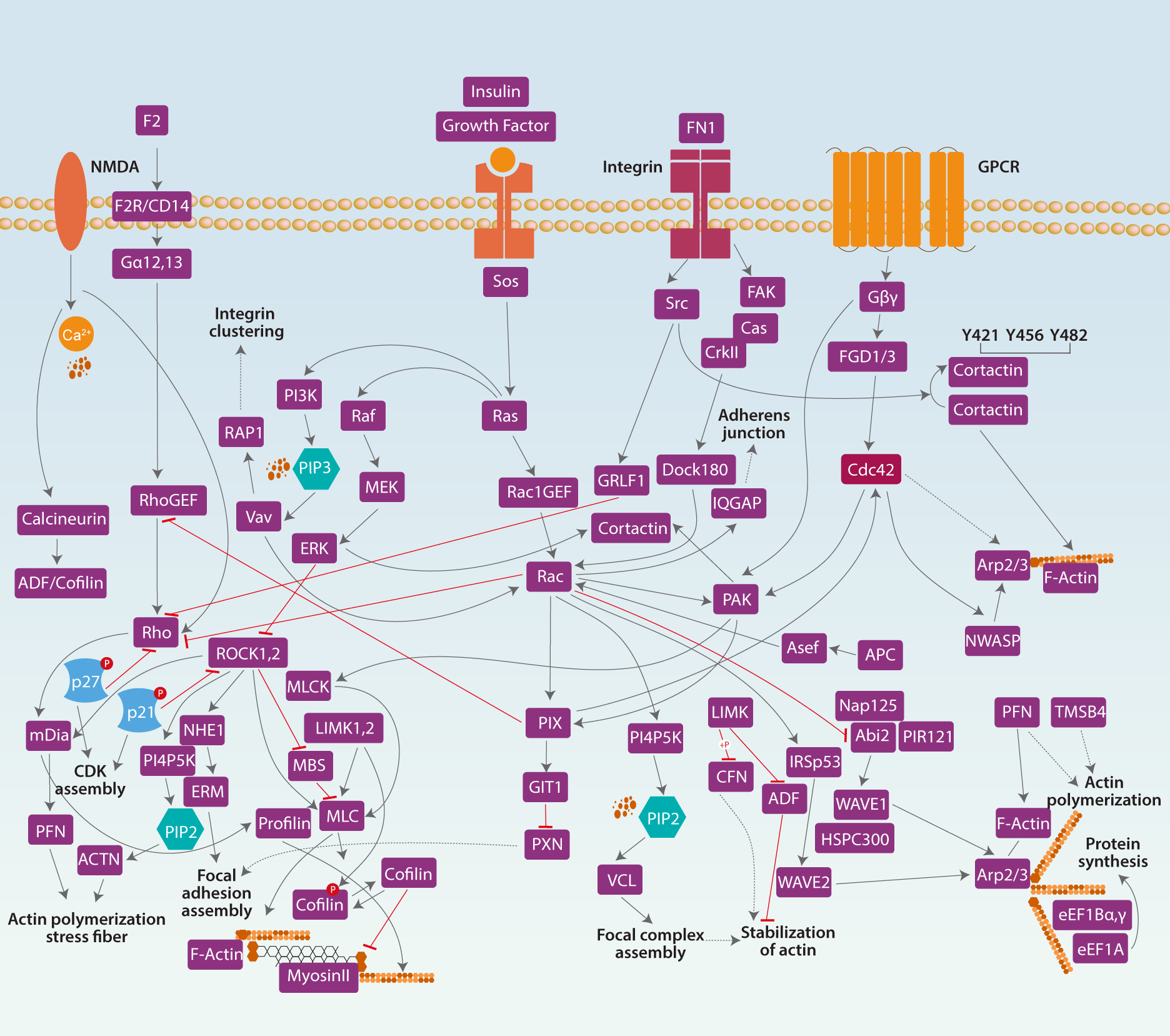 The cytoskeleton is a filamentous network of F-actin, microtubules, and intermediate filaments (IFs) composed of one of three chemically distinct subunits, actin, tubulin, or one of several classes of IF protein. Cytoskeleton not only helps cells maintain their shape and internal organization, but also provides mechanical support that enables cells to carry out essential functions like division and movement. The cytoskeleton is involved in intracellular signal transduction at least two ways. First, individual proteins of the cytoskeleton might participate directly in signal transduction by linking two or more signaling proteins. Second, the cytoskeleton might provide a macromolecular scaffold, which spatially organizes components of a signal transduction cascade. Cell migration is a complex and multistep process involved in homeostasis maintenance, morphogenesis, and disease development, such as cancer metastasis, and requires coordination of cytoskeletal dynamics and reorganization, cell adhesion, and signal transduction, and takes a variety of forms. Many signaling pathways including Rho-family GTPases, Paxillin/FAK signaling and PI3K signaling is involved in the process by regulating cytoskeletal activity.