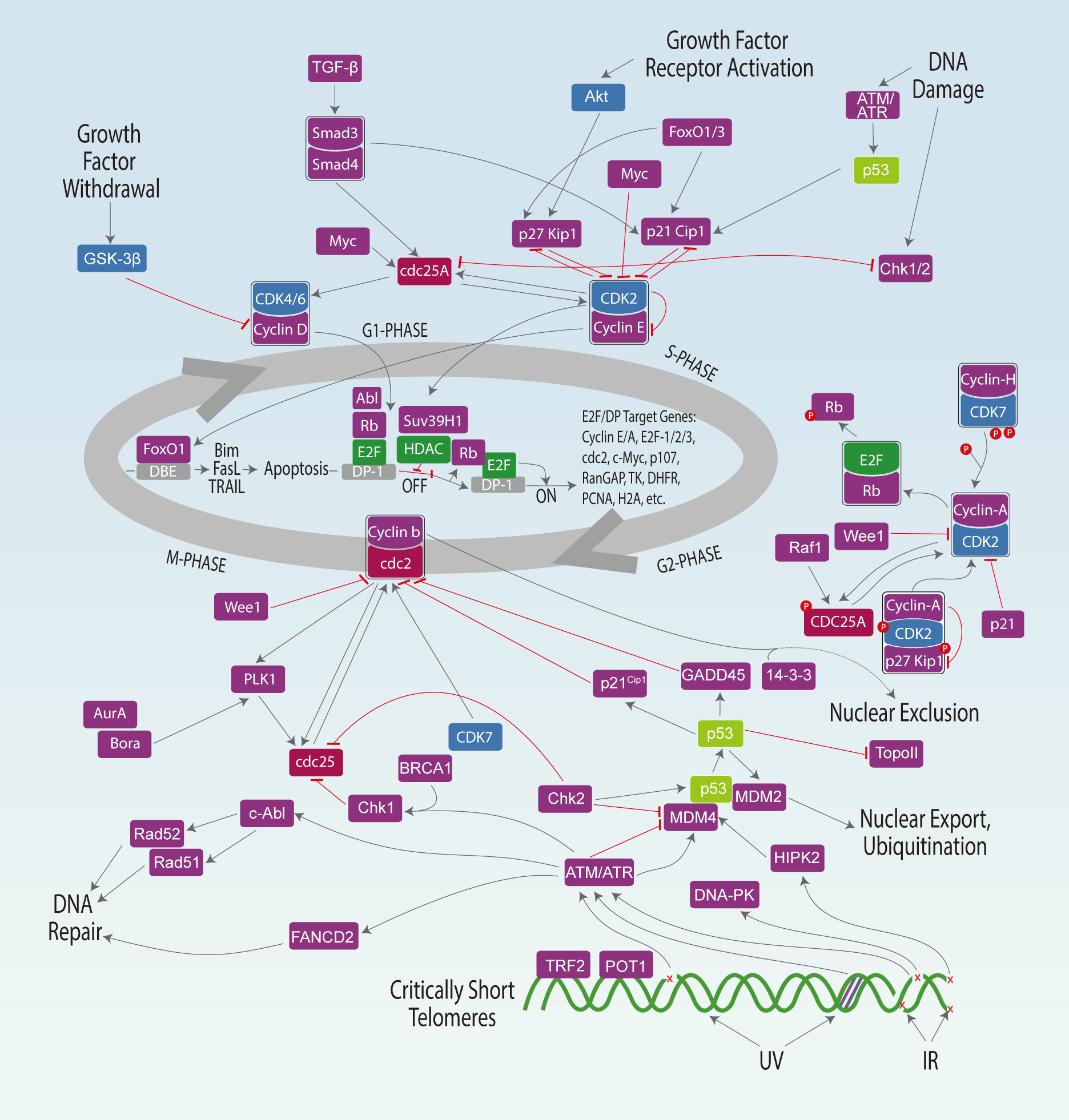 Cell Cycle includes many processes necessary for successful self-replication, and consists of DNA synthesis (S) and mitosis (M) phases separated by gap phases in the order G1–S–G2–M. S phase and M phase are usually separated by gap phases called G1 and G2, when cell-cycle progression can be regulated by various intracellular and extracellular signals. In order to move from one phase of its life cycle to the next, a cell must pass through numerous checkpoints. At each checkpoint, specialized proteins determine whether the necessary conditions exist. Progression through G1 phase is controlled by pRB proteins, and phosphorylation of pRB proteins by CDKs releases E2F factors, promoting the transition to S phase. The G2/M transition that commits cells to division is a default consequence of initiating the cell cycle at the G1/S transition, many proteins, such Wee1, PLK1 and cdc25, is involved the regulation of this process. The best-understood checkpoints are those activated by DNA damage and problems with DNA replication. In cancer cells, the cell cycle regulators as well as other elements of the DDR pathway have been found to protect tumor cells from different stresses and to promote tumor progression. Thus, cell cycle proteins that directly regulate cell cycle progression (such as CDKs), as well as checkpoint kinases, Aurora kinases and PLKs, are promising targets in cancer therapy.